Traditionally, the Georgia state seal includes an arch with three pillars, to represent both the legislative, judicial and executive branches of government, as well as the constitutional principles of wisdom, justice, and moderation. We chose to use the pillars as a recognizable symbol of authority, but to modernize the design and give it a digital twist. 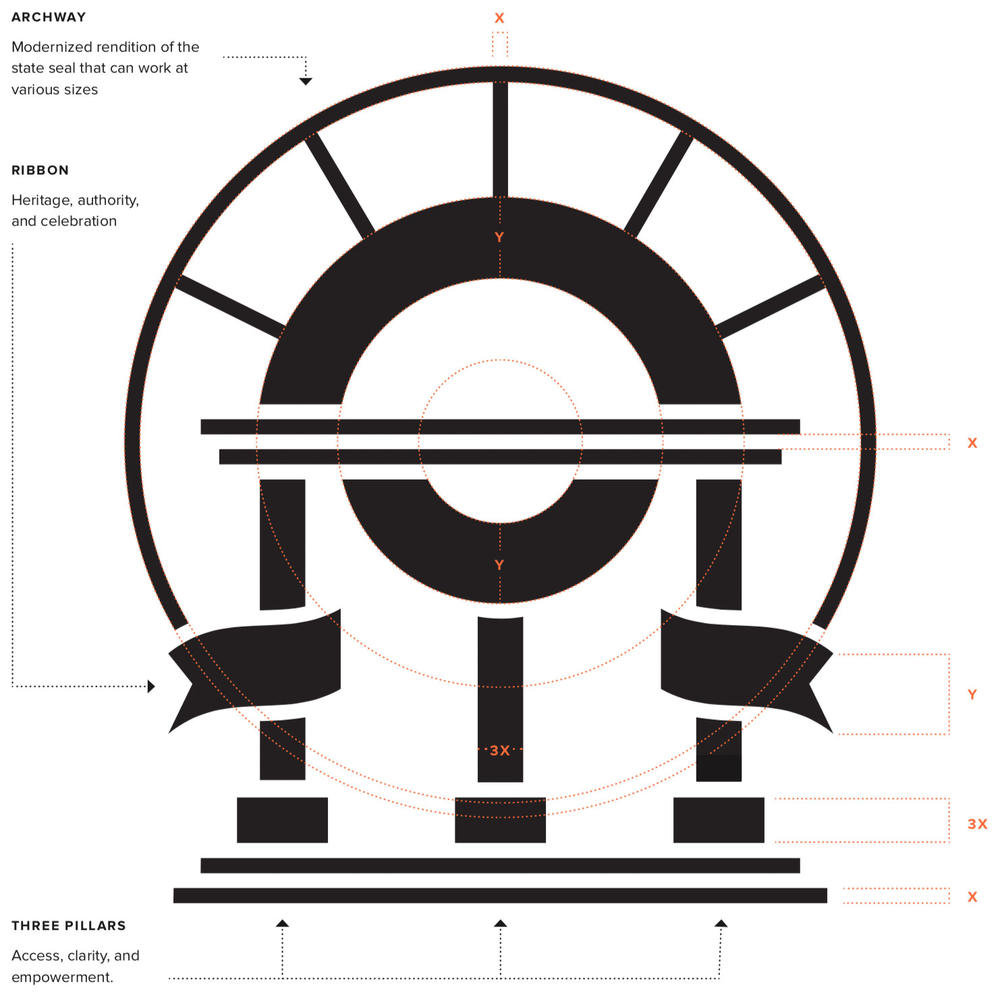 When locked up with the pillars or wordmark, the agency name should be typeset onto two lines in Proxima Nova. Small prepositions like “of” should be set Source Serif Italic.

To preserve clarity, no other graphic element should intrude upon the logo. A clear area equal to or greater than the distance between the wordmark and logomark must surround the logo.

Did you find what you were looking for on this page?